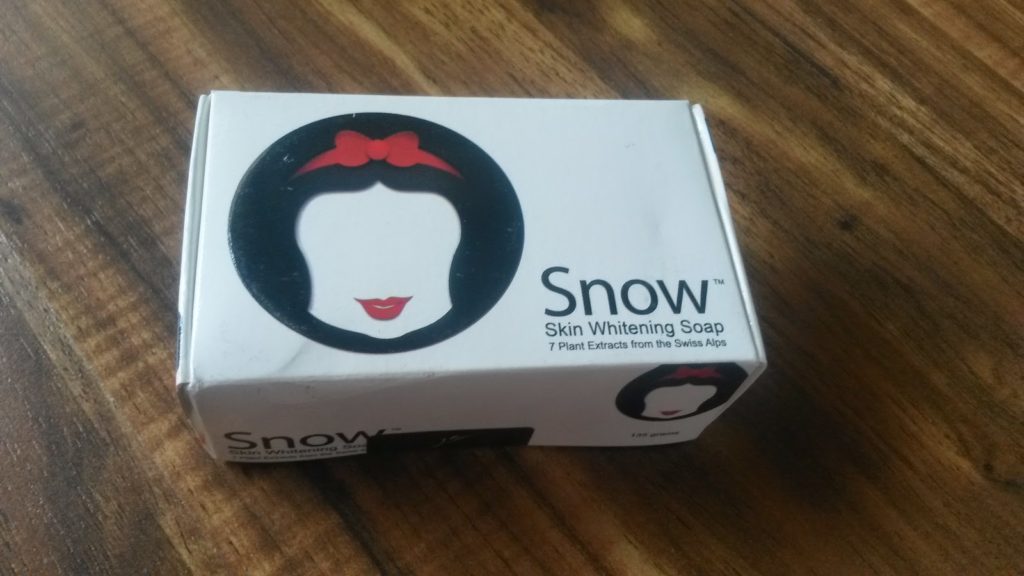 As a fan of Snow Caps Glutathione, I was thrilled to know that they also launched their latest soap which is simply named “Snow” that we’re going to review below. They were nice enough to send me a few boxes to try for at least a month to see how effective it is. They are also open to accept whatever my review result is, good or constructive. Read on below! 🙂 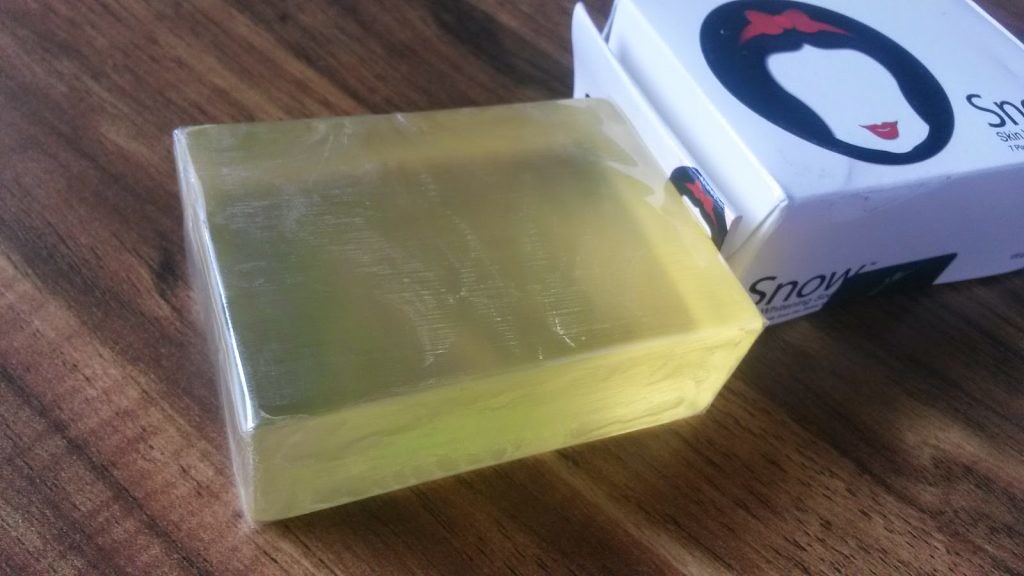 It comes in a simple white box with the a logo similar to Snow White. It’s quite attractive and can easily be spotted in an array of whitening soaps in the market. It basically says, if you want your skin fair as snow then here’s the soap for you

It’s fragrance free. It just smells clean. If you know the smell of basic glycerin-based soaps then this is what it smells like. The soap’s texture is similar to Godiva’s Licorice Skin Whitening soap, the scent is the same too which made me think a possibility that they are the same. Most glycerin based soaps melt quite easily but this one doesn’t. A bar of soap with daily usage lasted longer than cold-processed soaps but shorter than regular soaps (Safeguard, Palmolive).

What I like about this soap is it isn’t harsh on skin. It’s gentle and it doesn’t sting at all compared to other whitening soaps in the market. After a month of usage I cannot vouch an intense whitening or peeling effect BUT since it was the only soap I was using, there was no signs of skin-dullness. It kept my skin looking fresh and bright.  I wish I could have tried this a bit longer but I have a long list and lines of soap to try!  This whitening soap may take a few months before it shows visibile signs of whiteness if used alone. This is best used in conjuction with skin whitening supplements or skin whitening lotions.

Among the soaps I’ve tried I can say this is one of them that has the most number of useful ingredients.
Papain – Papaya!
Ascorbic Acid – Vitamin  C
Retinol – Vitamin A, used as exfoliant and anti-aging that helps our skin rejuvinate faster
Vitamin E – moisture and preservative
Mallow
Mint – cooling effect
Salicylic Acid – exfoliating
Niacinamide – whitening, it helps reduce melanin pigment 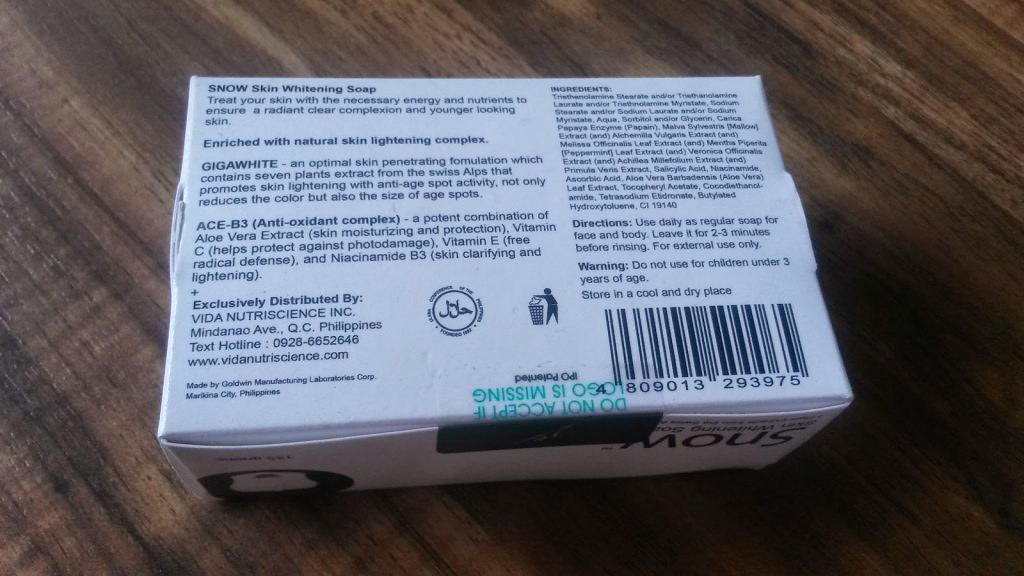 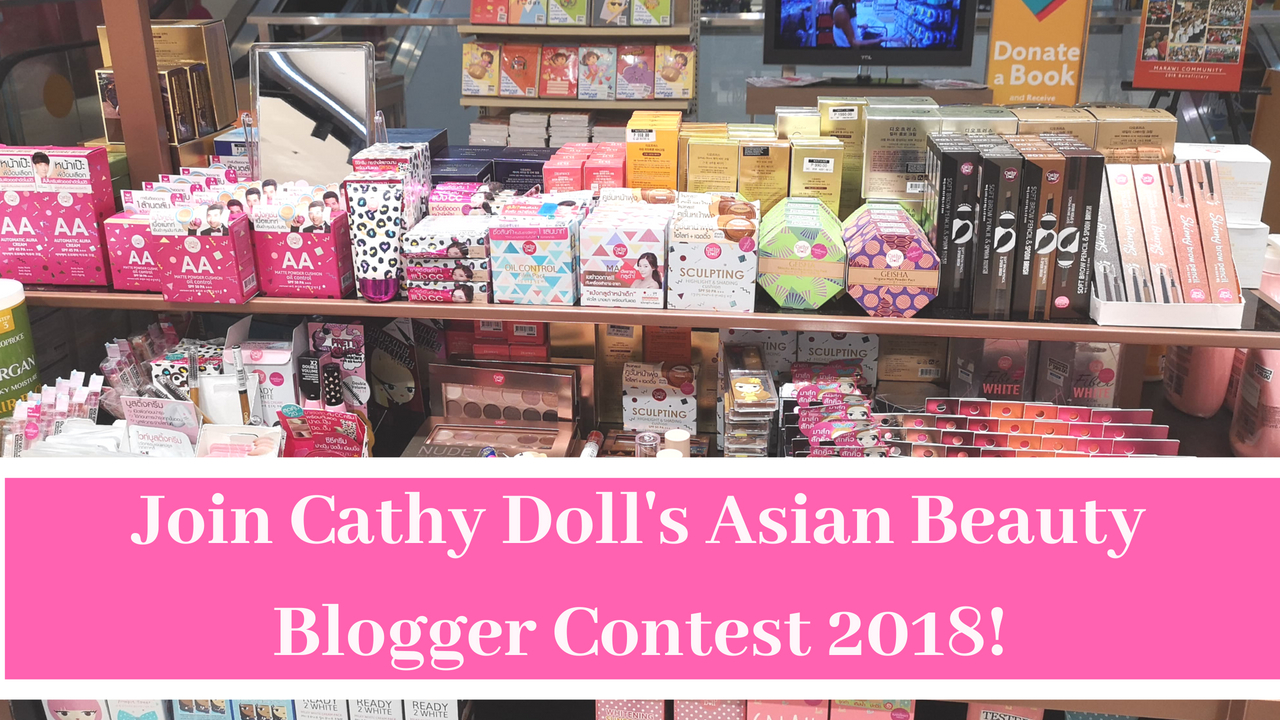