Hi everyone! Today we’ll be doing a tech/lifestyle product review. The 360 Smart Camera D706 Model. So my mom has been bugging me for a CCTV ever since her sari-sari store re-opened a few months ago. Reason for closing? Too many shoplifters and we need to keep an eye on our helpers at home.

360 robot camera is the loyal night`s watch, for this night and all the nights to come. Our new member, the lovely and vigilant 360 smart robot camera Pan/ Tilt version. Equipped with new features like 360° panoramic pan / tilt, smart patrol, intelligent tracking etc., the robot camera guard the safety like a most competent steward of home.

What’s Inside the Package? 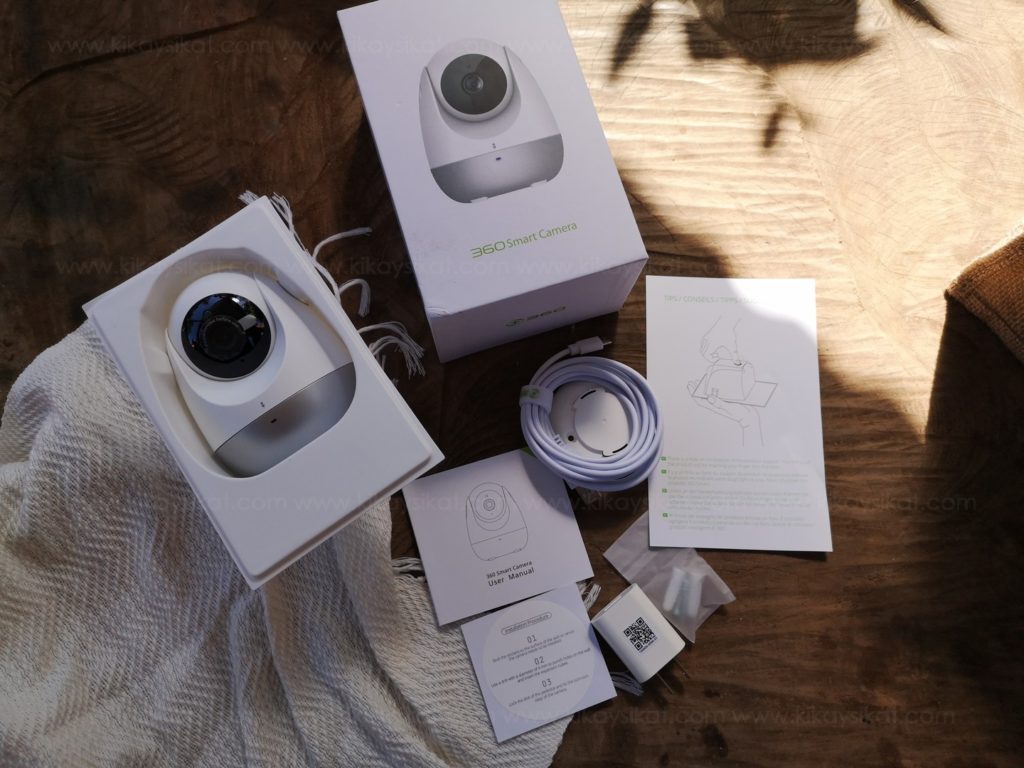 Manual & How to Set-up 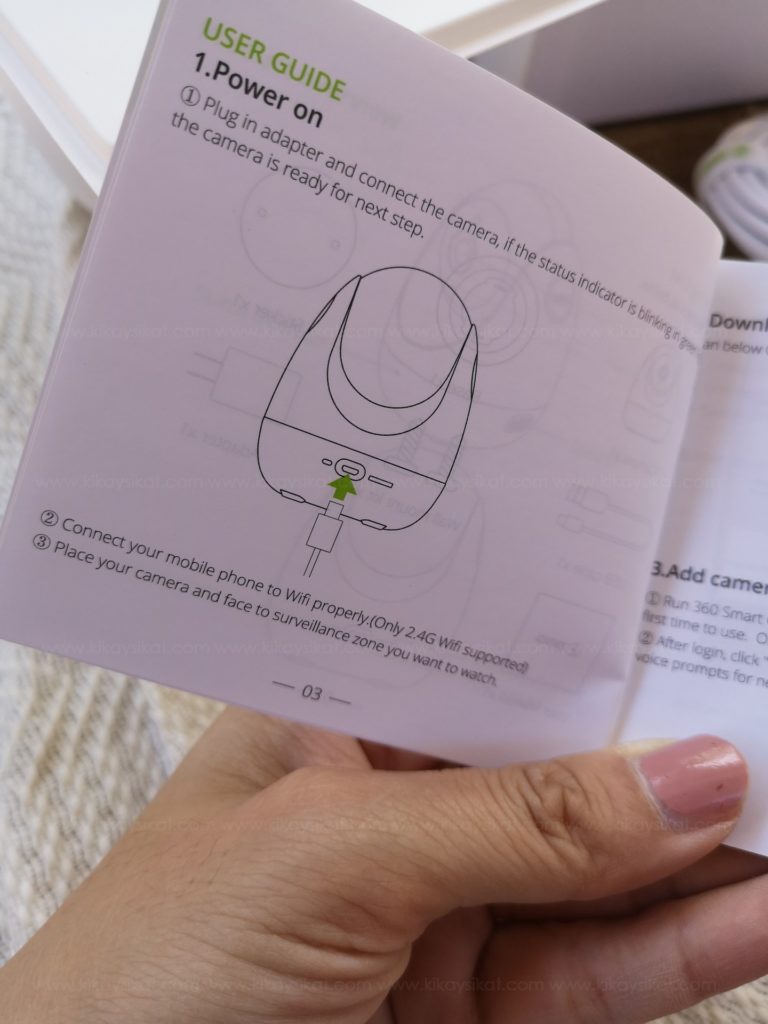 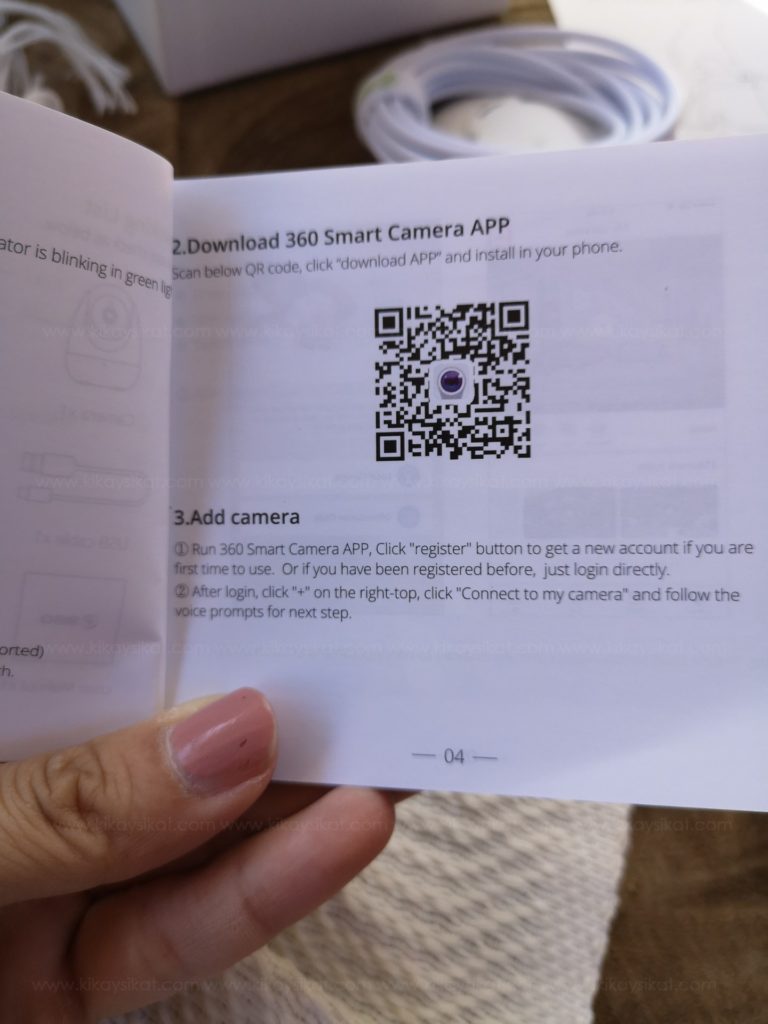 Initially I ordered her a cheaper one from Shopee. FAIL. Sometimes you really get what you pay for. The former took me around 3 hours to get it to work but the images are low quality, it only has one angle, and you can’t view it when you’re out of the house. Like, what’s the use of a CCTV if you can only watch it when you’re inside?

Now. Let’s talk about the D706 360 Smart Camera. I was traumatised by my first CCTV installation experience so I was hesitant to open the box and set it up right away. My mom, however BEGGED me to place it already so she can monitor her store.

Oh boy! Installation is as easy as 1-2-3. Literally the 3 steps in the photo above is all you have to do.

I’m so happy that the app has english instructions with proper grammar. No guesswork. It’s also sound wave activated so when you place your phone beside your CCTV, it automatically detects and install. Then ta-da! You’re home is given another level of security!

It can also connect to our home wi-fi even if our router is a bit far away.

Take a look at some photos and video on how we use the D706 360 Smart Camera: 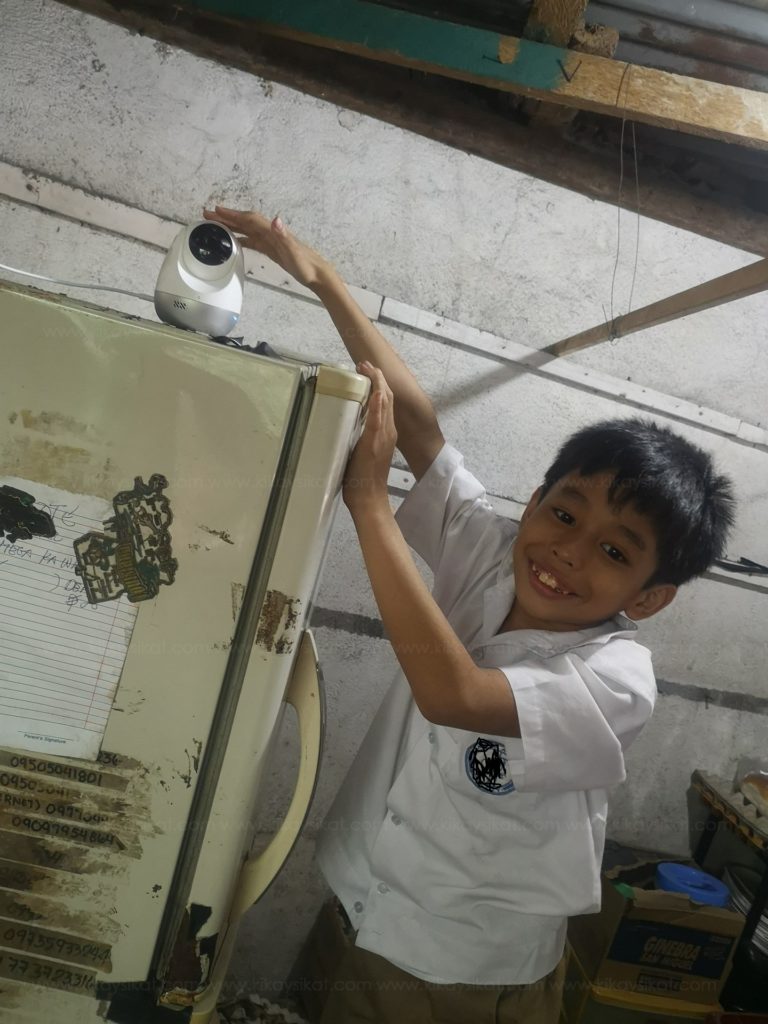 Overall, I highly recommend this to people who want more security in their homes because of the 360 rotation functionality, night vision, and voice + a CCTV Camera that won’t give you a headache to install. It’s so user-friendly that my non-techie mom grasped it in less than 5 minutes! Sabi pa nga nya it’s got everything she’s looking for! YAY! 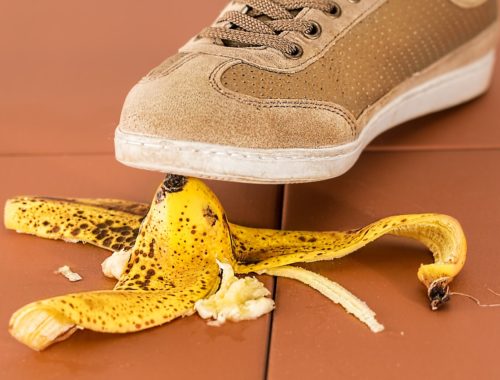 The Importance of Legal Representation in Accident Situations 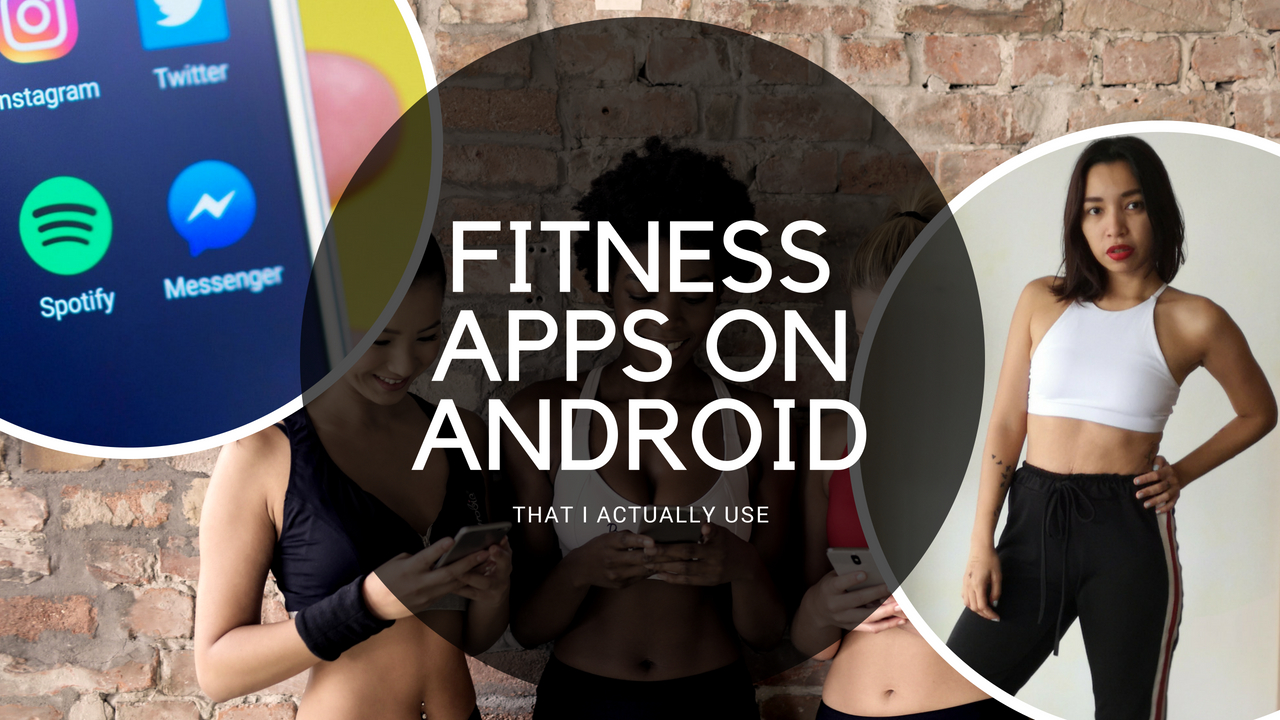