I Lalamoved Myself to Survive Holiday Traffic | A CHRISTMAS STORY 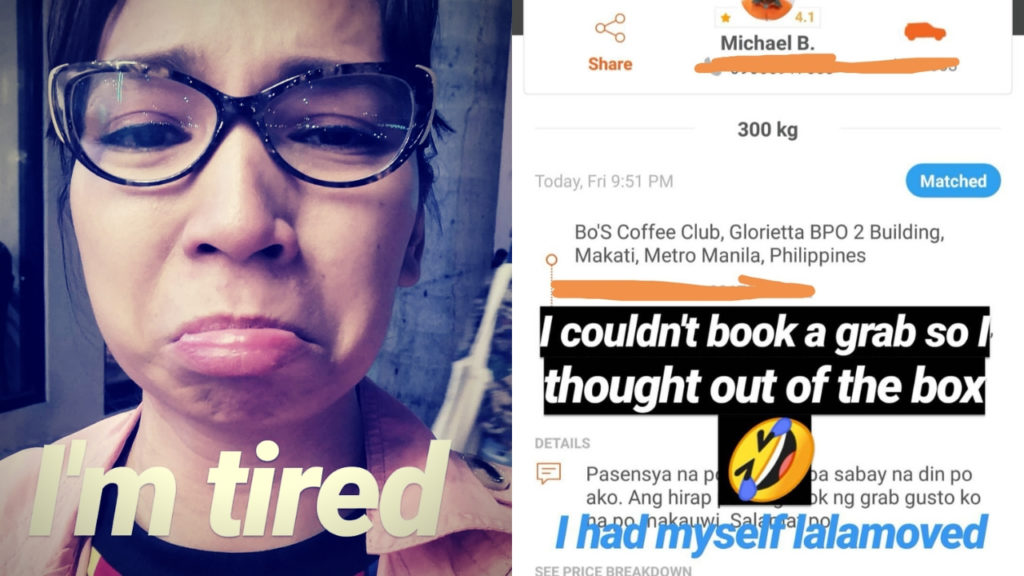 This is an example of what usually happens when I’m manic. I have a story to tell and goes over and over my head like sheep. So here I am awake at 4am in the morning, ready to tell you the story of how I had myself delivered via LALAMOVE to Survive Holiday Traffic.

Yes you read that right. And like all stories we’re going to start from the beginning (of the day).

You know it’s traffic. Why are you in Manila that day?

I made a commitment. I agreed going to 2 events that day, both unsponsored. The first one was Cadbury’s GenerosiTREE, a launch of their campaign at SM MOA were you get to donate old things and they’ll exchange it for chocolates. I believe it’s a nice objective. Not all people are willing to let go of their belongings unless there’s a certain “exchange”. 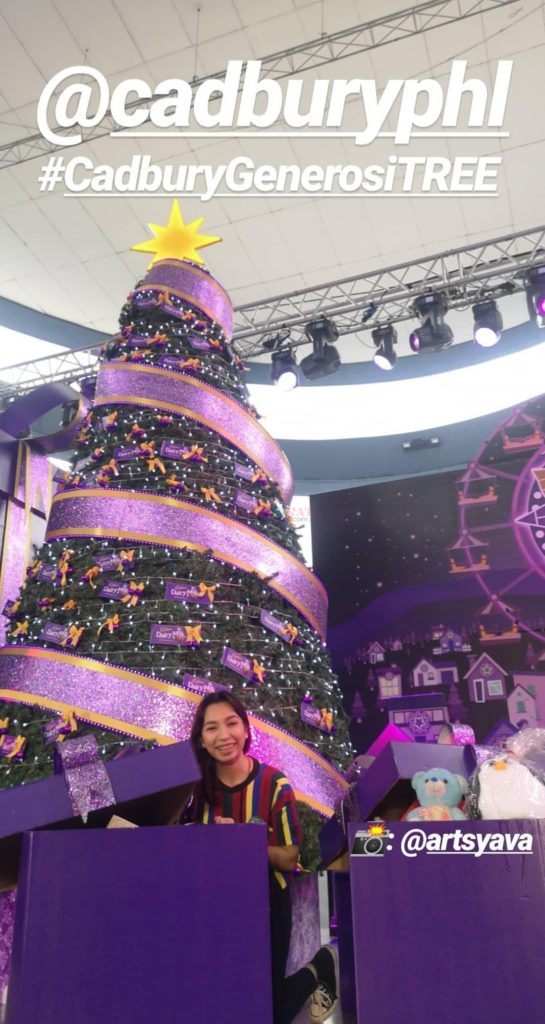 If only I knew how to drive, I would’ve brought more. But I think it was more than 10 kilos of macho kid’s old toys and clothing in that bag. And I was carrying it the entire time.  It was a great feeling to give it away, emotionally (because I get to help) and physically (because it was heavy as heck)

I was with fellow blogger Ava (artsyfartsyava), and our next stop it at SM Makati for the launch of Klairs Korea in the Philippines. I had a quick change of top because really, the Daria shirt wasn’t suited for this beauty event. I’ll tell you that story another day.

The Beginning of the End

It was almost 5PM and I checked my Grab App for bookings. RUSH HOUR! No cars in sight. So I decided to spend my time productively in Anytime Fitness Glorieta 5 for a few hours before attempting to book again. Thus the 3rd “outfit“

After a couple of hours hitting the weights, time check it was 7PM. I left the gym and head on over to Bo’s Coffee to book there. Because they have power outlets HAHAHA. I opened my Grab App and.. the horror began.

*disclaimer: I cannot use ANGKAS that day because I was carrying more than 20kilos worth of gifts and products

I desperately want to go home. My body was T-I-R-E-D. Then I thought of something.

Lalamove is a courier service to transport/deliver our packages. You can choose between a motorbike, a van (for 300kg) or even a truck (moving out items 500kg above)

I thought to myself, “If they can transport packages, what hinders me to come along?”

There was nothing to lose.

I opened the app, chose my pick-up point and destination, and wrote a heartfelt note that I prayed the driver would empathise with my situation. After a few minutes my phone vibrated and booking was ACCEPTED!

My heart skipped a beat!!! I was still nervous, what if the driver suddenly cancelled?

I asked politely if I could tag along with the delivery because I was damn too tired and just wanted to get home.

10 minutes later he arrived with a red Adventure and off I go.

I was so proud of “thinking out of the box” that I posted it on my FB page.

Thanks to the internet and Netflix, I was able to manage the stress of traffic. I didn’t even mind! I was thankful to be able to get a ride home T_T

Before booking the Lalamove, don’t worry I considered if it was safe and legal. When you transport your items, there’s actually an option if you can go with the driver especially during big house or office moves. Kaya technically what happened was I had my 20kg bag transported, along with me.

I don’t know what would’ve happened if I waited until wee hours of the morning to get a car booking, if I could get a booking. But I’m thankful that this crazy idea of transporting myself via a courier system worked. 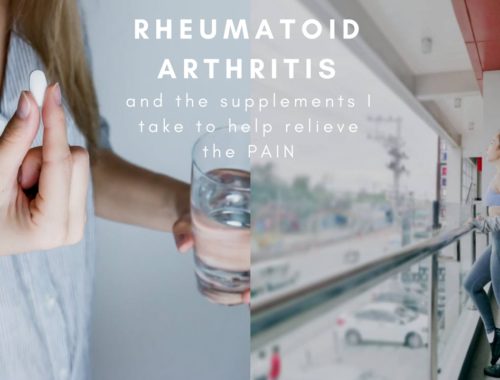 My Happy Experience With Saya 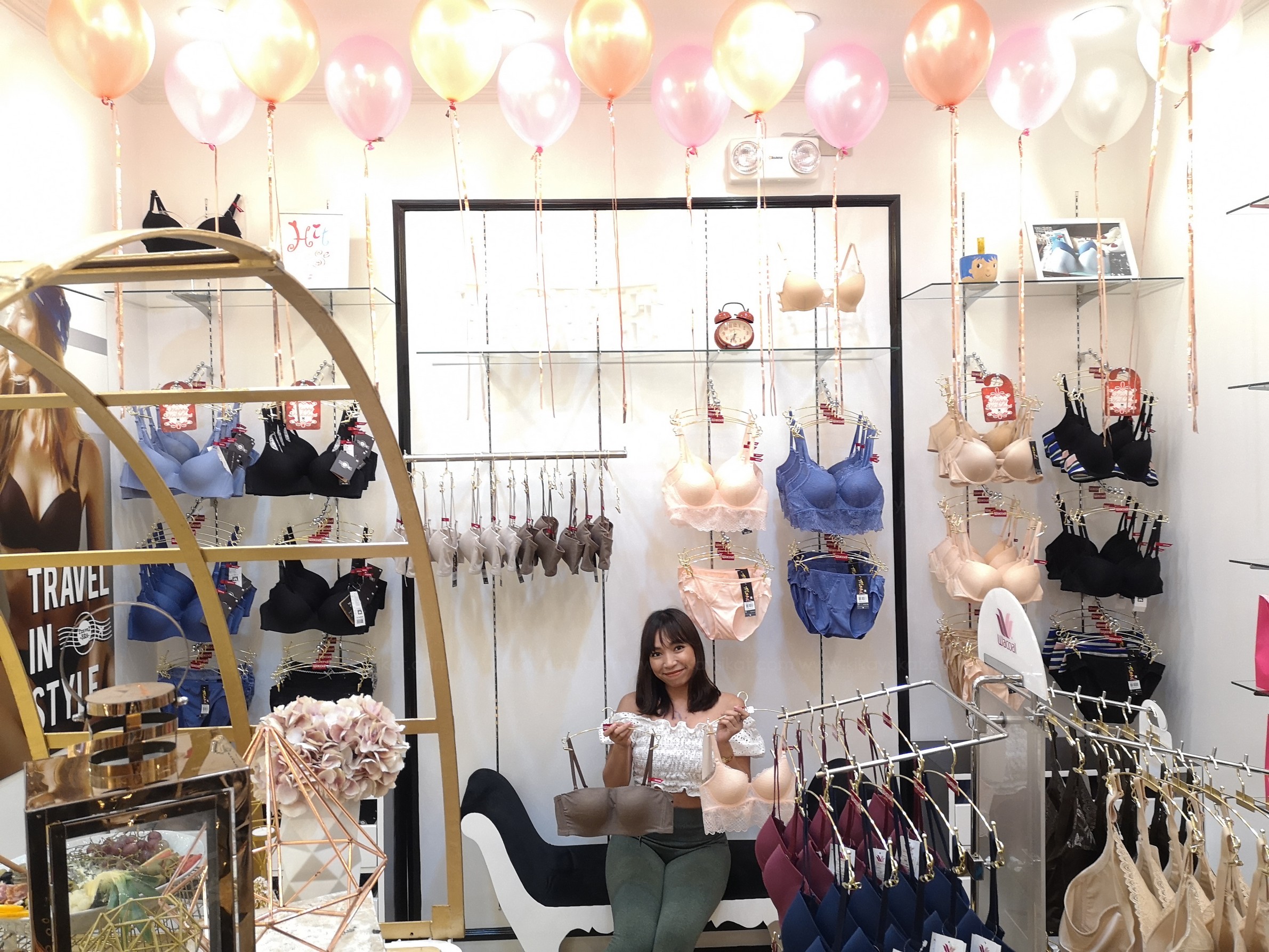