7 Amazing National Parks Worth Traveling For

National parks attract the attention of people from all over the world with their beauty and attractiveness. Most of them have been declared national because they exude a wild beauty that attracts tourists worldwide. Unspoiled nature is one of the ways to escape from the noise and the hustle and bustle of the city, so surely that is one of the reasons why these sights fall into the category that you must visit at least once in your life. Check out the list of the most beautiful national parks in the world that we have selected for you.

Canada is one of the few countries that can boast of its incredible natural beauty. This is the land of the Great Lakes and the famous Niagara Falls. Banff is the oldest national park in this country and is located in the Rocky Mountains. What makes this park special are the hilly terrains, glaciers, and dense forests. One of the main assets of this treasure is the crystal clear lakes. Visitors can also encounter grizzlies, wolves, and lynx in this park, so it is advised to be cautious while walking through this wilderness.

This park is known for its many fjords, the most famous of which is Milford Sound. This park is a popular tourist destination for all lovers of hiking. Located on New Zealand’s South Island, Fiordland National Park is home to some of the rarest species of flora and fauna in the world.

Created by persistent rivers, which have been carved into steep rocks for centuries, the canyons of Turkey, some of which are kilometers long with cliff heights in some places reaching thousands of meters, are among the first choices for lovers of adrenaline experiences. Whether you want to cool off in the ice-cold waters or on a raft, zipline, or climb, the canyons of Turkey promise adventures that cannot be turned down. And at the same time, nature and history meet in a unique harmony, while the ruins of ancient cities, churches, and tombs today whisper stories of past times. At 85 km from the city center of Antalya, the Koprulu Canyon is a real miracle of nature created by the turquoise waters of the Koprucay River. With a length of 14 kilometers and a height of over 100 meters, it is among the longest canyons in Turkey, while this area, which attracts visitors with its natural beauty, stunning landscapes, and numerous opportunities for outdoor activities, was declared a national park in 1973.

The most prominent aspect of the canyon is undoubtedly the Koprucay River, which makes the region one of the most attractive natural recreational areas in Turkey. On the river in a peaceful environment, visitors can enjoy exciting activities such as water sports, rafting, fishing, and swimming. In addition to the river, the surrounding area offers many other attractions that visitors can enjoy, such as hiking and mountain climbing, orienteering and cycling, observing and photographing flora and fauna, camping, and picnicking. At the same time, mountain tours and jeep tours are also available.

This park is the largest wildlife reserve in South Africa. It was named after the former president of this country, Paul Kruger, and is considered one of the largest national parks in the world. The South African park is famous for its extremely rich flora and fauna. The flora is mostly covered by savannah, while in its smaller part it is dominated by maquis, mopane, acacia, baobab, and marula.

Yosemite National Park is located in the beautiful mountains of the Sierra Nevada in California, in the United States of America. It is one of the world’s most beautiful national parks and is best known for its wildlife. There you can see the tallest trees in the world and the famous El Capitan rock, which is 1,095 meters high and known worldwide. This park is adorned with impressive waterfalls and a variety of flora and fauna.

This national park is located in the United States, south of Yellowstone National Park. As early as 12,000 years ago, the Indians built their camps along the shore of Jackson Lake. The landscape that stretches out from here is magnificent, considering the combination of the mountain and its reflection in the lake, and it is most beautiful on a cloudy day when you can see the clouds in the reflection on the water. At an altitude of 3,000 meters, a large number of animal and plant species survive.

The Lake District is a mountainous region in northwest England. It includes the main English lakes (Windermere and others) and the highest English highlands (Cumbrian Highlands, with the peak of Scafell Pike, 978 m). It has been the muse of many poets and some founders of the Romantic movement, and with good reason, as the park’s beauty remains unmatched. Thankfully, during the 19th century, several protests stopped a railway track from being built across the park, preserving its wilderness and outstanding flora.

Whatever location you choose, rest assured you won’t be misled as each of the above has its own unique qualities, making them landmarks of our planet. 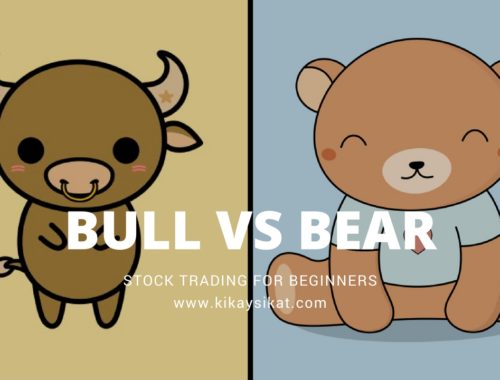