Deviating from his previous serious projects, Direk Paul finally dips his hands into the lighter romance-drama genre with his first travel-themed movie focusing on the story of a woman who is finding, recreating and rebuilding herself in the picturesque island of Siargao.

“It was very light. It was very peaceful. I really had the most fun shooting this film out of all my films,” he said.

More than showcasing and promoting the beautiful island and its majestic tourist spots, Direk Paul also aims to create an awareness to match the province’s booming tourism. 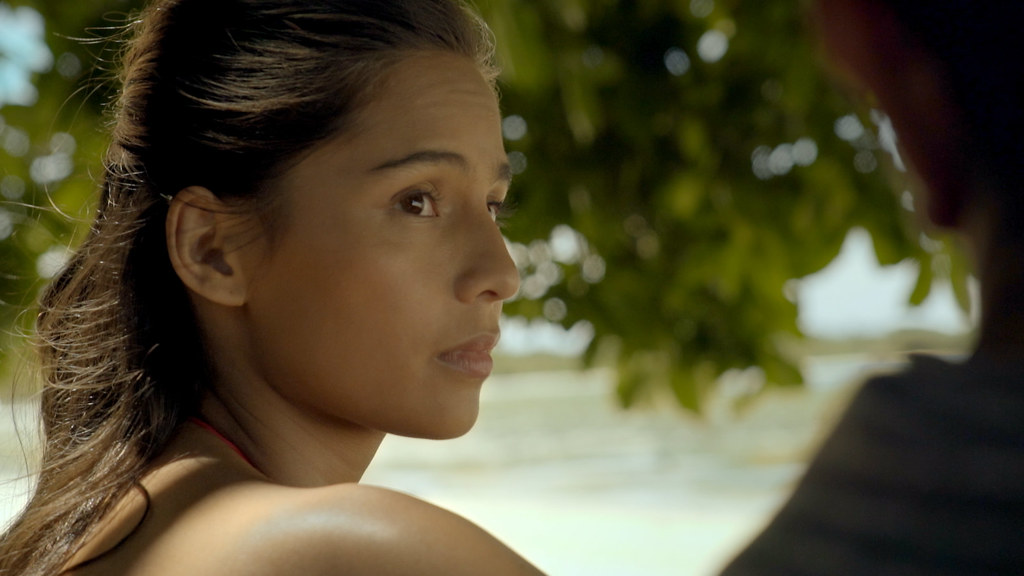 “Now that we have this voice, we have this media attention, we also want to make sure to create an awareness that let’s take care of Siargao. Let’s take care of the beauty of Siargao, the beauty of the beaches. Let’s respect the locals and let’s not saturate it,” he explained saying that they made sure to interlace their advocacy into the film’s script and their ongoing promotional efforts. 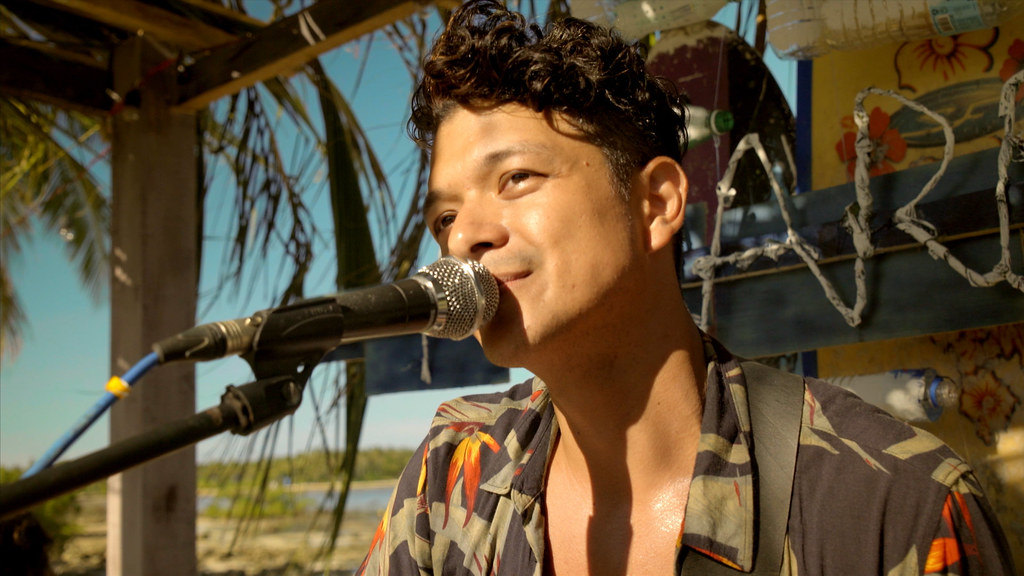 Joining him in this cause are Jericho, who plays the role of Diego, the island-lover love interest of the brokenhearted video blogger Laura, played by Erich and the environmental activist and Siargao native, Abby, played by Jasmine.

Although Direk Paul’s ­Ten17P Productions has produced Jasmine’s indie film Transit (2013), Siargao is the first time that he gets to direct her, Erich and Jericho. 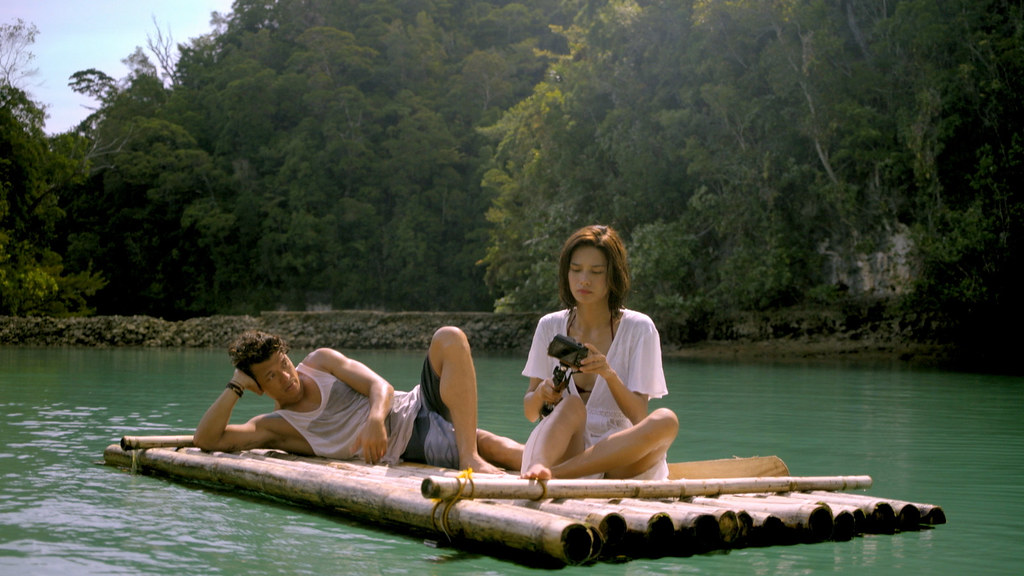 “I’ve always thought ‘This girl has it!’ She takes her craft seriously and I’ve always wanted to work with her as a director,” he said of Jasmine. “What was nice about Jasmine was even when we were shooting, she was really immersed to the experience.”

Although he’s long been wanting to work with him, Direk Paul shared that he wasn’t able to get Jericho’s approval right from the get go. 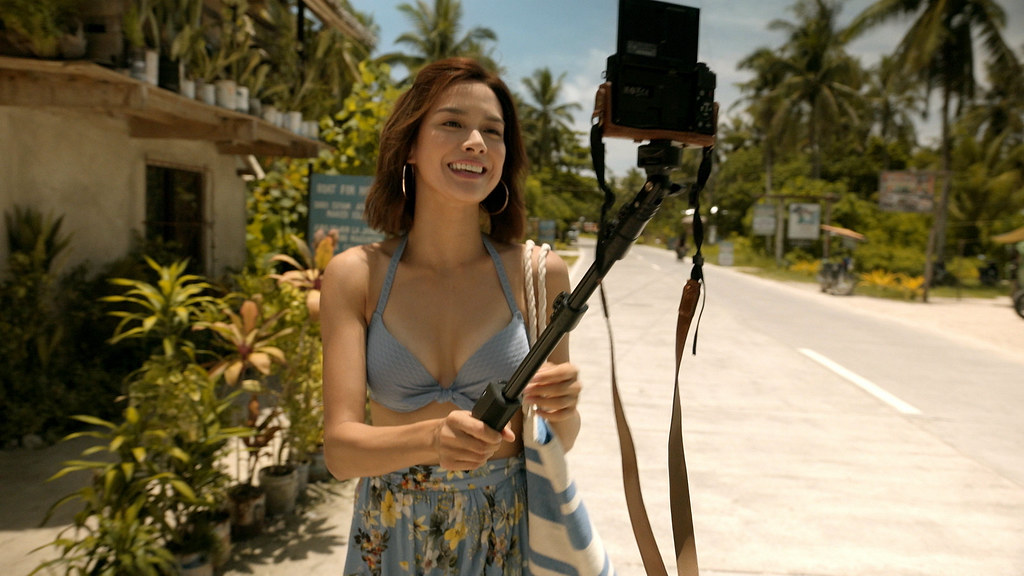 Erich caught Direk Paul’s attention as early as her promising Katorse days. True enough, he was able to discover Erich’s passion for acting while filming Siargao.

“When we went to Siargao, she had a really crash course on surfing and she did it. I mean it’s not easy to get up on your surf board but she did it. I remember pa when we had our dinner she had cuts and bruises all over her legs and her arms pero go parin siya,” he said.

Erich, for her part, couldn’t be any happier that she’s returning into the big screen after four years and with her first-ever title MMFF entry at that.

“Well it’s nice to be back to be back and to do a movie na… nakaka-excite ito yung story mismo. And then siyempre yung setting niya, one of the beautiful destinations in the country and swerte tayo na napasali rin siya sa Metro Manila Film Festival,” she said. Erich’s last film was 2014’s Shake Rattle and Roll.

The film also saw a lot of first for Erich including surfing, cliff jumping, going to Siargao, riding the motorbike and working with her co-stars and her director.

Erich describes their set as “one big happy family” as she learned life lessons from Jericho, got along well with Jasmine and appreciated the passion of Direk Paul for his craft.

“We all got along, like what I said kami-kami lang and andun eh. Nagtutulungan rin kapag kailangan ng example sa camera or ilaw, tulong-tulong walang diva or ano,” she said. 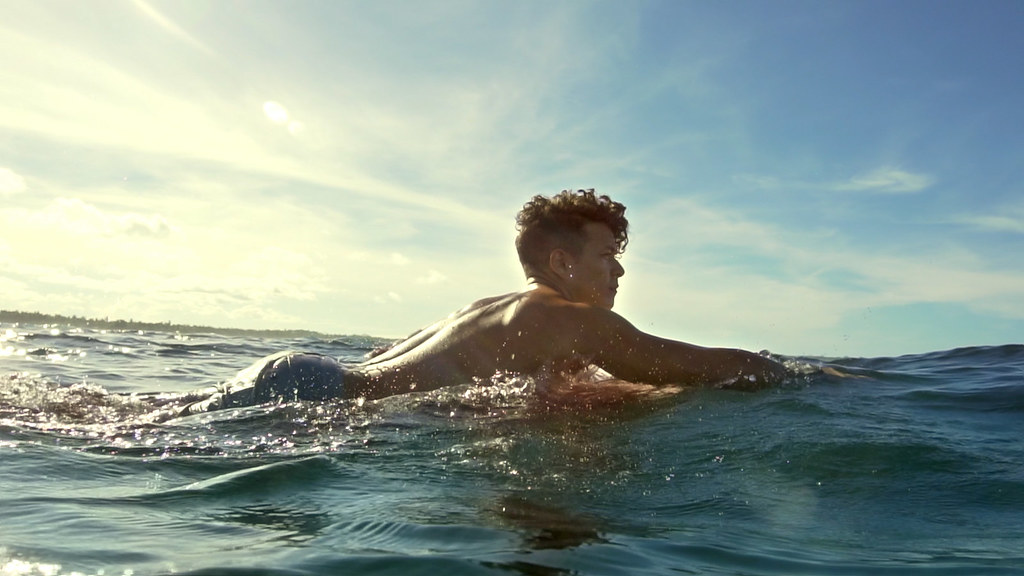 TEN17P is a director-driven company that believes in creating rich and high-quality films. Under the helm of director-producer Paul Soriano, TEN17P has produced a number of award-winning movies, with its most recent Hele Sa Hiwagang Hapis in competition at the 66th Berlinale Film Festival.

Past films include, Mariquina (directed by Milo Sogueco), Dagitab [The Sparks] (directed by Giancarlo Abrahan) and Transit (directed by Hannah Espia) – all recipients of prestigious awards in both local and international film circuits. In 2014, Transit became the official Philippine entry to the 86th Academy Awards — Foreign Language Category.

In 2015, TEN17P released Kid Kulafu (directed by Paul Soriano), a Manny Pacquiao biopic that earned critical acclaim for its unique take on the boxing icon. To date, it has been featured in the Guam-USA IFF, Raindance FF (London), Tokyo IFF, Asian World FF (Los Angeles, USA), and Hawaii IFF.

6 Ways to Keep Up Your Healthy Lifestyle While on Vacation 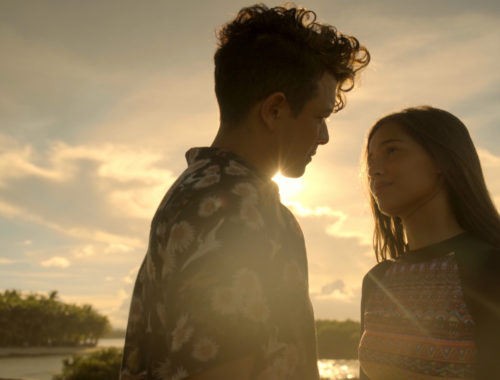