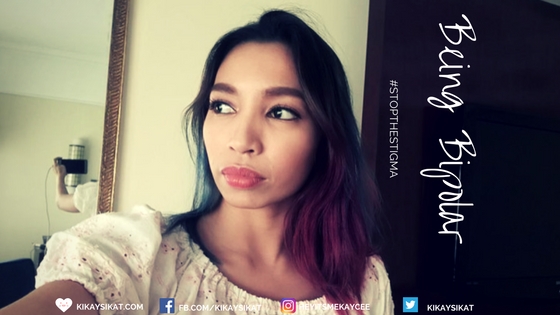 I’ve been trying to tell my relatives there was something wrong with me since I was in 2nd grade, every year, high school, college. They kept saying there was nothing wrong.

“You’re not sick . You’re not crazy. ”
” They invented these illness for you to take drugs and get addicted and they make more money “

Until I graduated, I got myself a job, and after a few years, I decided to go to the psych myself. I’m diagnosed with bipolar 2 disorder. For years I suffered bullying, misunderstanding, anxiety, depression, and numerous cases of impulsive decisions that made my life even more miserable than it should.

I wonder if I was diagnosed earlier, my life wouldn’t have been that lonely. During that time, I wish I had someone to talk to. Did you know you can get telephone counseling when and where you need it? A professional whom you can trust, and share your deepest thoughts or insecurities without any judgment. I wish I knew this earlier. 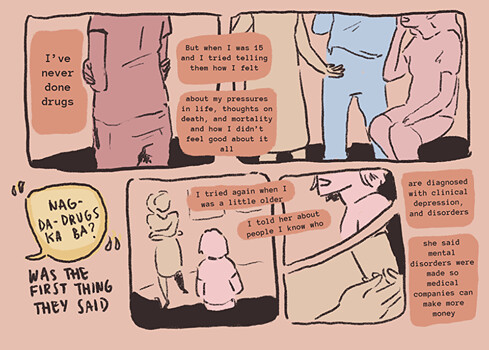 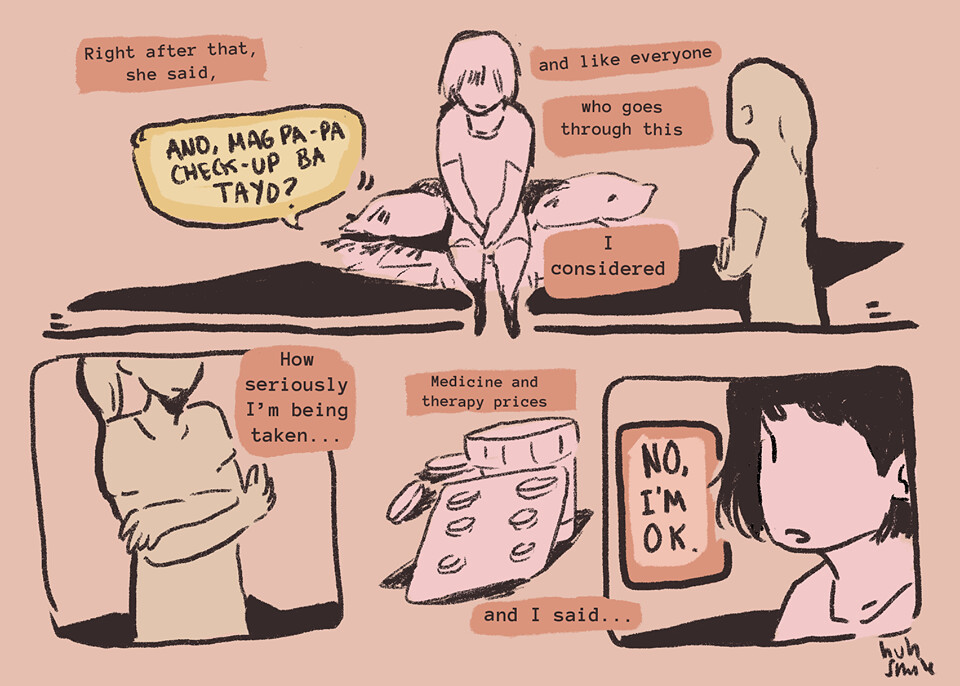 Wala e, tapos na. Pero guys, having a mental illness is not a joke. If you know someone suffering,even a simple hug helps. Yun bang alam namin na kahit papaano we know someone understands.

“I am a high-functioning person living with mental illness, but this doesn’t mean I’m totally asymptomatic. One of the things I struggle most with is impulse control. I have horrible impulse control. When I want it, I want it now. I have such knee-jerk reactions, and I make decisions without thinking them through. I get so stuck on an idea that I just can’t put it to rest until I do something about it.

A lot of people I’ve talked to with bipolar seem to experience the same thing, even if they are on a good medication regimen. I stick to my routine. I take my meds every day. I get enough sleep. But still, my mood disorder is there, underneath the meds, the routine, and the sleep.

It took me a long time to realize even though my bipolar is well managed, it still affects me. I seemed to think for a while I was doing so well that I was “cured.” I know there is no cure for bipolar. It is a lifelong disorder, with episodes coming over the years. I am extremely fortunate to be as stable as I’ve been for the last six years. Many people with bipolar don’t get that lucky.

Most people with mental issues struggle for years, trying to urge the correct diagnosis or trying to urge access to appropriate care. They struggle medication after medication, and if it doesn’t work or the side effects are so bad we give up. One of the largest problems with people diagnosed with manic-depressive psychosis is when we feel okay, we stop taking our medications. That couldn’t be farther from reality.

So why is it different once we must take psychotropic medication? Why is that shameful? The short answer is: It’s not. It’s not shameful. It’s not for everybody, except for people that need medication for mental illness and chooses pharmaceuticals as a treatment option, there’s no shame. The shame comes from the stigma. The shame comes from ignorance, from people that don’t understand.

I stand loud and proud that I take medication for my mood disorder, and that I have not gone off it. It allowed me to complete a bachelor’s degree and a master’s degree. Without it, I actually believe I might have died because of suicidal thoughts, which I used to be near before of age the correct medication. psychopathy is more prevalent than you think that, and someone you recognize presumably lives with mental illness. If you have got a follower who is struggling, then reach intent on them. an easy text to allow them to know you’re thinking of them can make the difference between a foul day and a decent day. Let’s take the stigma out of psychopathy and medicine. I’ve seen such a large amount of positive articles and folks bringing awareness to psychological state, to the purpose that it’s even being addressed within the presidential election. Let’s continue the conversation around mental health.

Let’s get people the help they deserve. Whether it’s a veteran battling PTSD or an Olympian gold medalist with ADHD, we all should live the most effective life possible, and sometimes that needs medication. If it makes our quality of life better, then that ought to be the foremost important thing. If it means we are able to hold employment, have quality relationships, and performance in society, then that’s what it takes. There’s no shame therein. It’s not a crutch. It’s a disease. We don’t seem to be but you because we take medication. Too many folks are afraid to speak about their mental illness or medication due to the stigma around it and the way people respond. I’ve experienced it.

People treat you differently once they know you’re one in every of those “crazies.” Doctors judge you after they see it in your medical file. We are people. We are humans. We happen to own a disease. That doesn’t make us less. In fact, it makes us stronger. It means we are ready to conquer adversity. It means we are resilient. It means we haven’t given up. So don’t surrender on us.” 2

Author’s note: I wanted to acknowledge that bipolar II or any of the bipolar spectrum disorders can be just as destructive, debilitating and devastating as bipolar I. I was speaking more in a clinical sense, where on the spectrum of bipolar disorders in the DSM, bipolar 1 is at the top as the most severe on the spectrum, then bipolar 2, cyclothymic, NOS.

The Happy Reason of My Absence

What Does Your Liver Do For You?