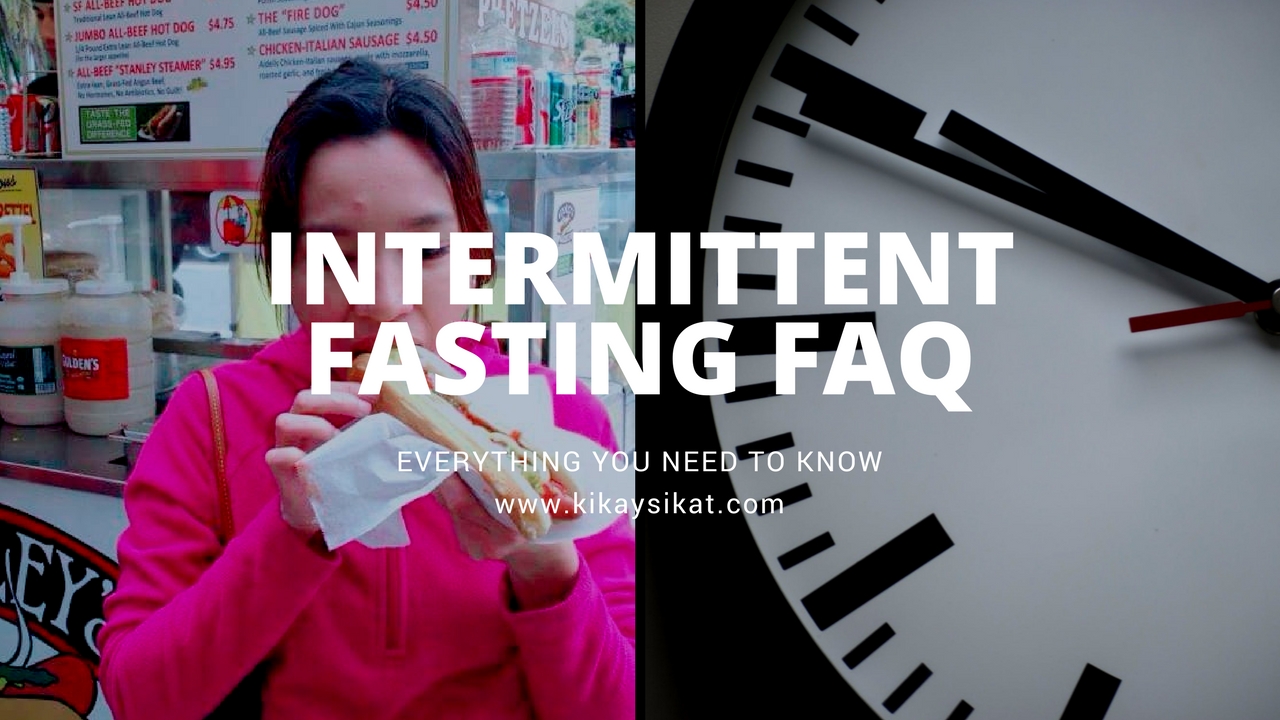 Hello there! I’m Kaycee aka The Macho Mom and I have been practicing intermittent fasting on/off for 5 years now.  it was only til recently, when I discovered that my blood sugar is on dangerous borderline diabetic levels that I decided to stick with it as a lifestyle. There are different varieties of IF (intermittent fasting) and a lot of questions that I asked when I was starting out. So I’m sharing everything I gathered and hope it will help you in your fitness journey!

If this doesn’t convince you to start Intermittent Fasting, I don’t know what will! READ! It’s good for you!

Before I share the FAQ, here’s my weekly Intermittent Fasting Schedule:

1. What is Intermittent Fasting?

It is an eating pattern where you cycle between periods of eating and not eating. It’s not a diet that says “eat this, not that”, but rather you don’t eat any food for a certain length of time – usually 16-24 hours.

2. Who is Intermittent Fasting For?

Based on the numerous benefits you’re about to discover, intermittent fasting is really meant for anyone who is serious about improving their health and perhaps losing weight without overhauling their diet.

3. What Are Some of Its Benefits?

When fasted, we get significant reductions in blood sugar and insulin levels, as well as a drastic increase in human growth hormone (2,3). These all favorable for losing weight, maintaining muscle, and reducing our risk of insulin resistance, diabetes, and heart disease.

Most people want to know how to do intermittent fasting because they’ve heard it’s a safe and effective way for losing weight. And they would be correct.

Many studies have shown that both overweight and obese subjects burn more fat and lose weight with intermittent fasting.

Here are a number of other documented benefits of intermittent fasting:

We’ll get a bit detailed and scientific here okay? A 2014 review of the literature showed intermittent fasting’s powers come from its impact on adaptive cellular responses that reduce oxidative damage and inflammation, optimize energy metabolism, and improve cellular production.

The review showed that in rodents, intermittent fasting was able to protect against diabetes, cancers, heart disease and neurodegeneration, while in humans it helps reduce obesity, hypertension, asthma, and rheumatoid arthritis. I’m also suffering from rheaumatoid arthritis and fasting helps A LOT.

In layman’s terms, that means that it helps your body deal with stress, which includes being able to better cope with fasting (which is a form of stress) itself.

This is  similar to taking out the trash and cleaning up around the house – a process you’d hope would be taking place in your body on a frequent basis.

5. Why Does Intermittent Fasting Burn Fat? 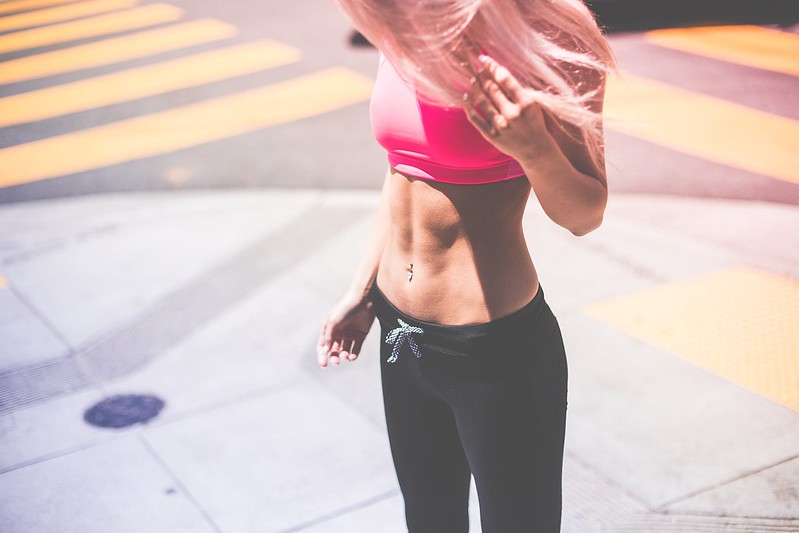 Basically, not eating tells your body to rely more heavily on its fat stores. This is a similar phenomenon experienced with consistent exercise training.

Basically, your body becomes “smarter” and understands that, in order to maintain blood sugar and spare muscle and liver glycogen (stored carbohydrates) for potential immediate use, it’s better off relying on fat, which naturally provides more energy (9 calories per gram) versus carbohydrates or protein (4 calories per gram each).

6. Which Type of Intermittent Fasting is Best?

Alternate day intermittent fasting is basically fasting every other day for a 24-hour period. For instance, you would eat normally on Monday, fast Tuesday, eat Wednesday, fast Thursday, eat Friday, fast Saturday, and so on.

This style of intermittent fasting is the most popular form used in research studies, but from what I have seen it isn’t very popular in the real world. I’ve never tried alternate day fasting myself and I don’t plan to do so.

In my eyes, it’s a bit excessive and many of the negative effects seen in some women while fasting tend to be related to this type of fasting.

And it makes sense since you’re not eating half the time, which is not advisable, especially for women for whom carbs and caloric intake are important for hormones and fertility.

If this is the first method you try as you figure out how to do intermittent fasting, my fear is that it will be too difficult for you and you’ll give it up altogether.

The truth is, it’s just not sustainable for most people unless you enjoy feeling miserable 50% of your life. As a result, I think you’re better off using either (or a combination) of the following two intermittent fasting methods.

This type of intermittent fasting was popularized by Martin Berkhan from Leangains.comand has worked really well for him and thousands of his followers.

Basically, you fast for 16 hours and eat during the remaining 8.

His general position on the fasted phase is that it should last through the night and during the morning hours. Ideally, the fast should then be broken at noon or shortly thereafter if you wake up at 6-7 AM like most people. Afternoons and evenings are usually spent in the fed state.

To be quite honest, even though I only do a committed fast once per week, I probably do 16/8 fast – inadvertently – 2-3 times per week mostly because I don’t feel like eating anything until about lunch time.

It doesn’t matter when you start your 8-hour eating period. You can start at 8am and stop at 4pm. Or you start at 2pm and stop at 10pm. Do whatever works for you. Based on my schedule, I tend to eat around 1pm and 5pm most days.

11. Can I Exercise When Intermittent Fasting?

As long as you are doing some form of resistance training at least two or three times a week you will not lose muscle since intermittent fasting actually increases growth hormone, which helps preserve muscle.

12. Why Do I Get Hungry When Intermittent Fasting?

Well, you’re not eating any food so naturally your stomach might experience the odd growl here and there.

Hunger pangs usually dissipate after your first 2-3 fasts as your body adjusts. So don’t worry!

13. Can I Drink When Intermittent Fasting? 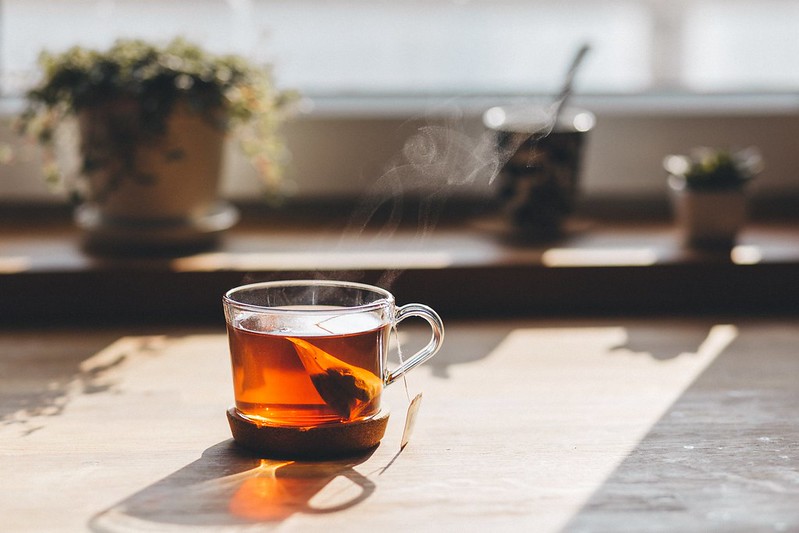 Yes you can but make sure there are no calories.

That also doesn’t mean drinking diet soda is ok, because it’s not. Just drink water or herbal tea. Avoid black coffee because on an empty stomach it may cause more harm than good. Because its high acid levels.

14. How Often Should I Do Intermittent Fasting?

This really depends on the type you’re using but if you’re following my 1-day fast, then once per week is plenty. Some people choose to do TWO 24-hour fasts per week and have seen great results doing so, but I would say that’s the maximum.

15.  Will Intermittent Fasting Slow Down My Metabolism?
NO! 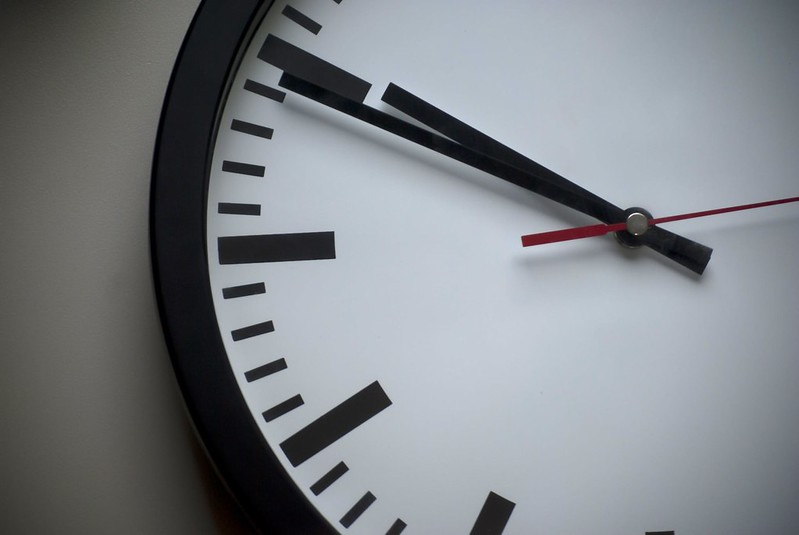 Some sections of the article are from: https://yurielkaim.com/how-to-do-intermittent-fasting/

Exercising After Injury: How to Get Back on Track and Stay Safe

How Safe Are We From Medical Malpractices?